Business owners across the country last year announced plans to bring more than 5,000 jobs to central Dallas, as the city’s core made headway in an effort to keep some new employers from heading to the suburbs. 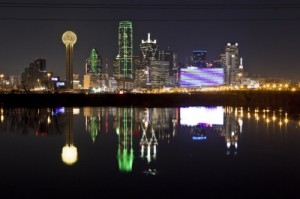 In its annual report, expected to be released Friday, Downtown Dallas Inc. highlighted a stronger stream of job growth announcements in 2014. And compared with 2013, there was a nearly 70 percent jump in the level of leasing activity in the 8.5-square-mile central district.

The area covered by the report includes 15 neighborhoods, stretching from Uptown on the north to the Cedars and South Side areas. It also extends from Baylor and Deep Ellum on the east to the rapidly growing Design and Riverfront districts west of the downtown core.